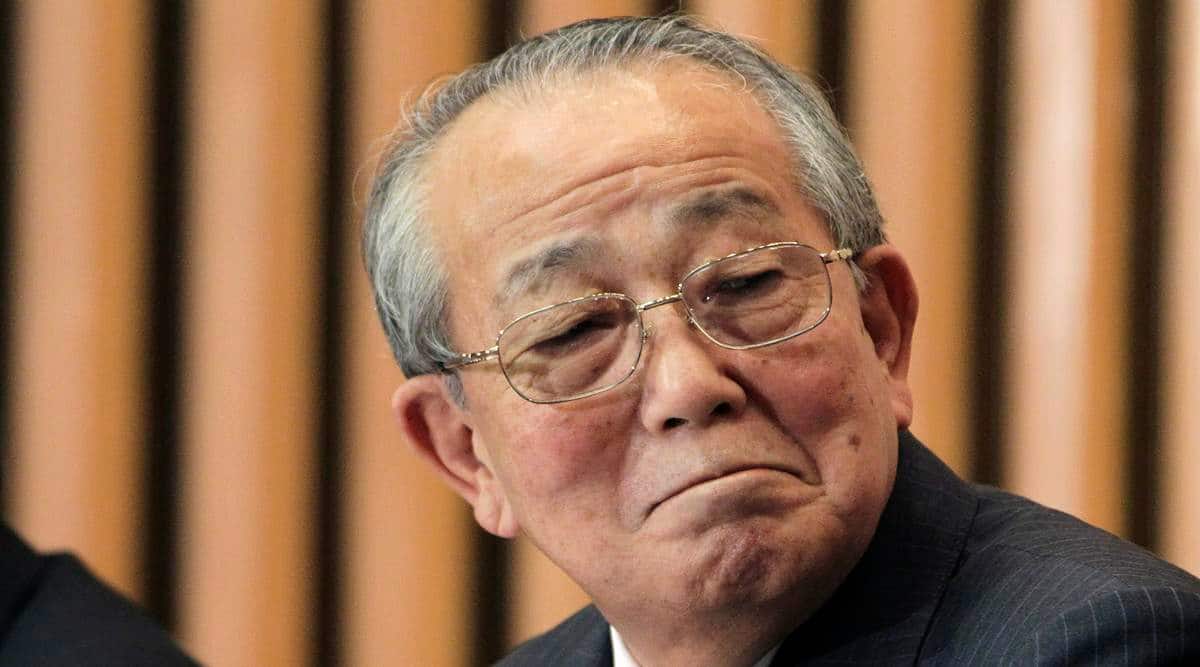 Kazuo Inamori, founder of Japanese ceramics and electronics maker Kyocera who also became a philanthropist who extolled the virtues of fairness and hard work, has died.

Inamori founded Kyocera in 1959 with an investment of 3 million yen (US$22,000) from his acquaintances as an insulator manufacturing company.

As he struggled to build his company, Inamori developed his management philosophy, which emphasized people, doing what is right, and what he called “corporate character,” the Japanese equivalent of old-style professionalism and ethical standards.

His thoughts, which pioneered the modernization of Japan, were based on the idea that workers and businesses must be motivated by sheer intention, not greed, and ultimately by a desire to serve society.

His ideas included principles about fair competition, the right pursuit of profit, and the need for managerial transparency, and about living a virtuous life as an individual, for which he listed six principles: diligence, humility, reflection, gratitude, benevolence, and detachment.

“Supervisors who appear to be in complete agreement with their subordinates may appear to be loving bosses, but in reality they corrupt and ruin their employees,” he once wrote.

“True love requires that we rigorously strive to see what is actually best for others.”

In the 1980s, Inamori founded a school called Seiwajyuku to teach his management philosophy at more than 100 locations, about half of them overseas, which claims to have taught about 15,000 business owners and entrepreneurs worldwide.

Inamori also oversaw the recovery of Japan’s largest airline, Japan Airlines (JAL), from bankruptcy in 2010 and served as a board member.

In 1984, Inamori established his non-profit organization called the Inamori Foundation, which awarded the Kyoto Prize each year to recognize humanitarian contributions around the world.

Inamori stated that all living things, including flowers and animals, only want to survive, and human beings are no different.

To be good you have to love your job, he said many times, so you end up working harder than everyone else.

A private funeral was held with his family. Inamori leaves behind his wife Asako and three daughters. A formal farewell service could be held later, but details have yet to be decided, Kyocera said.

Secret data, tiny islands and a quest for treasure on the ocean floor

WHO director in Asia accused of racism, abuse put on leave

In an echo of history, the British Pound has lost its dominance 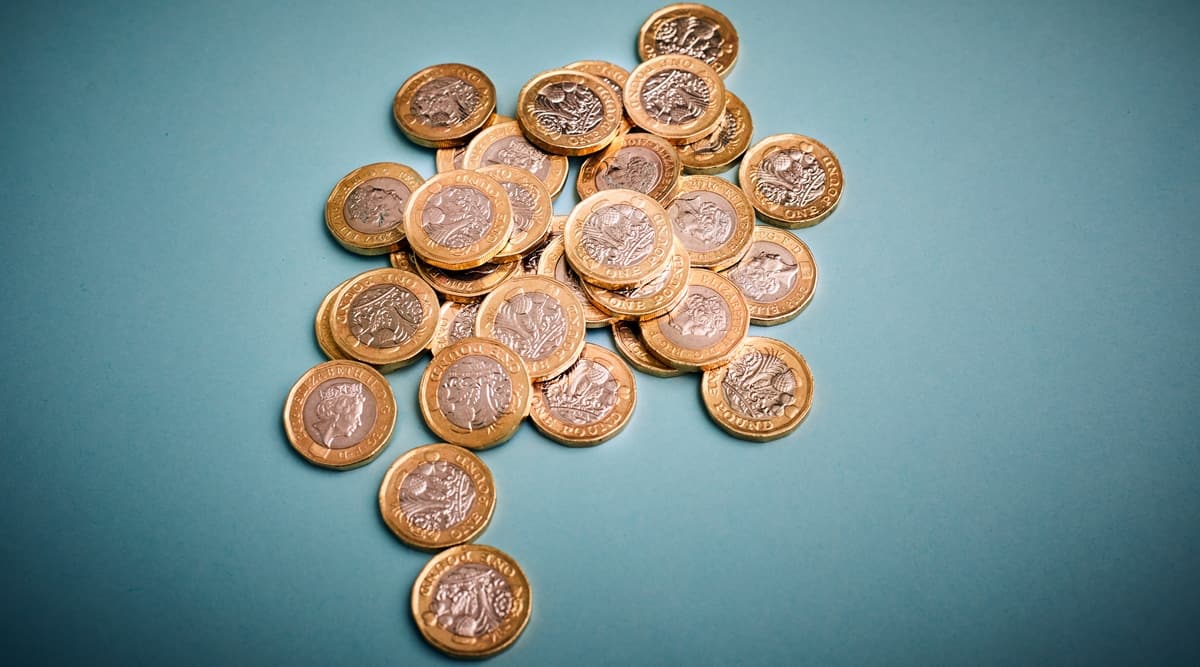 The British pound coin – rimmed in nickel and brass with an embossed image of Queen Elizabeth II in the center – has always been significantly more valuable than the dollar.

Such bragging rights effectively ended this week as the value of the pound fell to its lowest point: 1 pound = $1.03 after falling more than 20% this year.

The almost one-to-one parity between the currencies heralded the end of a chapter in British history almost as much as the metronomic steps of the procession that carried the Queen’s bier up the pavement to Windsor Castle.

“For many people, the Queen’s death marked the end of a long era in which soft power was paramount in the UK,” said Ian Goldin, professor of globalization and development at Oxford University. “The pound’s descent to its lowest levels is somewhat indicative of this broader decline across multiple dimensions.”

The immediate cause of the pound’s alarming fall on Monday was the announcement of a Spending and tax plan of the new Conservative British governmentwhich promised steep tax cuts that benefited most of the wealthy, and expensive measures to mitigate the painful rise in energy prices for consumers and businesses.

The sense of crisis rose on Wednesday when the Bank of England intervened in a rare move, warning of a “material risk to UK financial stability” from the government’s plan. The central bank said it would start buying UK government bonds “to any extent necessary” to stem a UK debt sell-off.

The Bank of England’s emergency measures appeared to be at odds with its efforts, which began months ago, to try to curb the nearly 10% APR inflation Rate that has pushed the prices of essentials like gas and groceries to painful levels.

The fainting pound delivered an unmistakable political message this week that amounts to a vote of no confidence by the global financial community in the economic strategy proposed by Prime Minister Liz Truss and her Chancellor, Kwasi Kwarting.

For Goldin, the pound’s journey suggests a decline in economic and political clout, which accelerated when Britain voted to leave the European Union in 2016. In many ways, the UK already has the worst-performing economy, alongside Russia, of the 38-member Economic Co-operation and Development Organisation.

“It’s only a matter of time before it falls out of the top 10 economies in the world,” Goldin said. The UK is sixth, surpassed by India.

Eswar Prasad, an economist at Cornell University, said this latest slump has dealt a major blow to Britain’s reputation. A series of “self-inflicted wounds”, including Brexit and the government’s latest spending plan, have accelerated the pound’s plunge and further threatened London’s status as a global financial hub.

Dozens of currencies, including the euro, Japanese yen and Chinese renminbi, have collapsed in recent weeks. Rising interest rates and a relatively positive economic outlook in the United States combined with turbulence in the global economy have made dollar investments particularly attractive.

But the Truss administration’s revival of an extreme version of the “trickle-down” economic policies of the Margaret Thatcher and Ronald Reagan era provoked a brutal response.

“The problem is not that the UK budget has been inflationary,” wrote Dario Perkins, a chief executive of TS Lombard, a research firm, on Twitter. “It was so moronic.”

In the more than 1,000 years that sterling has reigned as Britain’s national currency, it has suffered its fair share of ups and downs. Its value in modern times could never match the value of an actual pound of silver, which could buy 15 cows in the 10th century.

Over the centuries, British leaders have often gone to extraordinary lengths to protect the value of the pound, seeing its strength as a sign of the country’s economic power and influence. King Henry I issued a decree in 1125 ordering that those who produced inferior currency “lose their right hand and be castrated.”

In the 1960s, Harold Wilson’s Labor government resisted the devaluation of the pound – then set at a fixed rate of $2.80, high enough to slow the British economy – that he ordered Cabinet papers burned in where the idea was discussed. Finally, in 1967, the government lowered its value by 14% to $2.40.

Other economic crises have hurt the pound. In the 1970s, with oil prices soaring and UK inflation exceeding 25%, the government was forced to ask the International Monetary Fund for a $3.9 billion loan. In the mid-1980s, as high US interest rates and a spending spree by the Reagan administration drove up the value of the dollar, the pound fell to an all-time low.

The pound’s dominance has waned since the end of World War II. Today, the world economy is experiencing a particularly turbulent time, in which it is recovering from the consequences of the crisis Coronavirus Pandemic, supply chain collapse, Russia’s invasion of UkraineEnergy shortages and rising inflation.

As Richard Portes, economics professor at the London Business School, said, currency conversions are subject to enormous fluctuations over time. The euro was worth 82 cents in its early days, he recalled, and people referred to it as “toilet paper” currency. But by 2008, its value had doubled to $1.60.

What could lead to the pound’s rally is not clear.

The Truss government’s economic program has greatly accelerated the pound’s plunge – the latest in a string of economists calling it egregious economic missteps, culminating in Brexit.

Much depends on the Truss government.

“The pound’s collapse is the result of political decisions, not some historical inevitability,” said Ian Shepherdson, chief US economist at Pantheon Macroeconomics. “Whether this is a new, somber era or just an unfortunate interlude depends on whether they reverse course or get kicked out in the next election.”

Coincidentally, the Bank of England is preparing to issue new pound notes and coins with King Charles III just as the pound has fallen to record lows.

“The death of the Queen and the fall of the pound together seem to mark the end of an era,” said Cornell’s Prasad. “These two events could be seen as markers in a long historic procession in the UK economy and sterling is becoming far less important than it once was.”

This article originally appeared in The New York Times.

Kremlin: 4 regions of Ukraine to be folded in Russia Friday 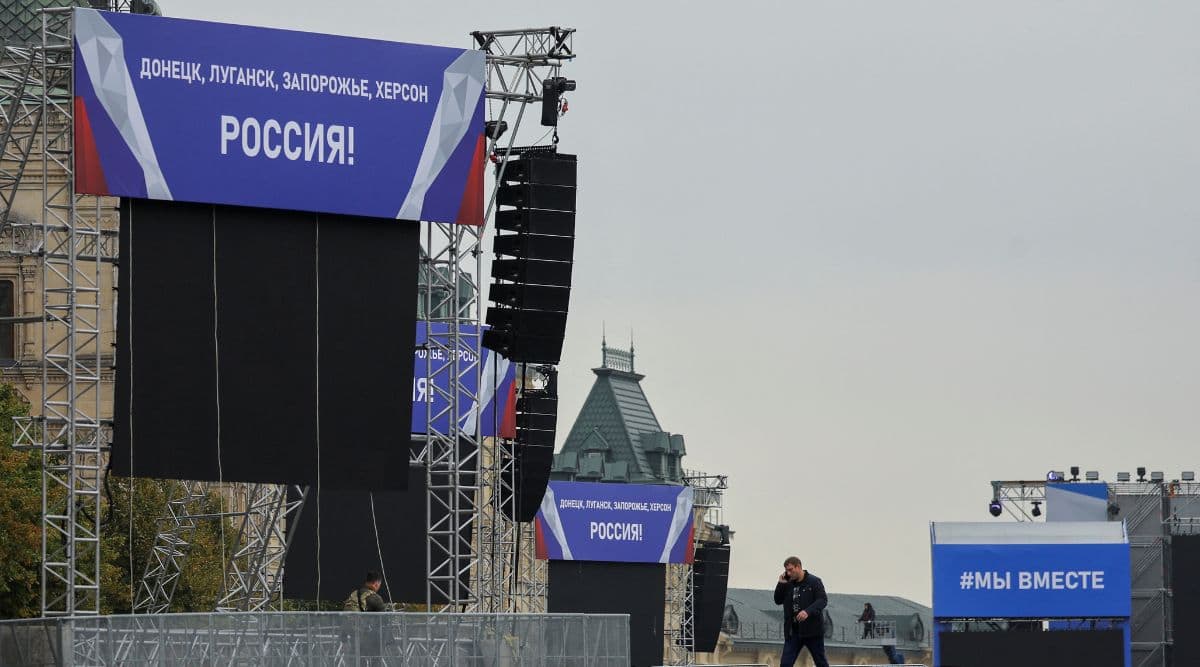 The Kremlin says the four regions of Ukraine who held referenda on joining Russia will be admitted to the country on Friday.

Kremlin spokesman Dmitry Peskov said that Russian President Vladimir Putin will attend a ceremony at the Kremlin to officially integrate them into Russia.

Peskov told reporters Thursday that the heads of the four regions where five-day voting ended on Tuesday will sign treaties on joining Russia during Friday’s ceremony in the Kremlin’s St. George Hall.

Ukraine and the West have called the votes a sham. A UN tribunal in The Hague on Wednesday opened the long-awaited trial of one of the last prominent suspects in the Rwandan genocide, despite deciding to boycott the hearing from his prison cell.

Felicien Kabuga, a former businessman and radio station owner, was arrested in France in 2020 after decades on the run. He is one of the latest suspects wanted by a UN tribunal to prosecute crimes committed during the 1994 genocide, when ruling Hutu-majority extremists killed more than 800,000 Tutsi and moderate Hutu minorities in 100 days.

“It is the Chamber’s understanding that Mr. Kabuga is well this morning but has elected not to attend the hearing in person or via video link this morning,” Justice Iain Bonomy said. “The trial must continue,” the judges ruled with the prosecutor’s opening statement.

Kabuga is in his mid to late 80s, but his exact date of birth is disputed. He was arrested in Paris in May 2020 COVID-19 sealed off and extradited to The Hague, where he has pleaded not guilty. At his extradition hearings in France, he described the allegations against him as “lies”.

Prosecutors have charged the former coffee and tea magnate with three counts of genocide and two counts of crimes against humanity, mainly for promoting hate speech through his station, Radio Television Libre des Milles Collines.

He is also accused of arming ethnic Hutu militias.

According to prosecutor Rashid Rashid, Kabuga was a “wealthy and well-connected political insider” in Rwanda at the time of the genocide.

“Even though it has taken more than 20 years, the judiciary can still succeed and justice can be achieved,” he said

KL Rahul may not enjoy an ‘ice bath’ after ‘tough’ wickets, but here’s how it helps

2023 Subaru Ascent Review: For those who’ve outgrown an Outback

In A Bikini, Jessica Simpson Displayed Her Toned Body While Wearing A Cowboy Hat, A Huge Belt, And High Heels